From Myra: “It is that time of the week again where we share a book quote that seemed particularly striking for us.” 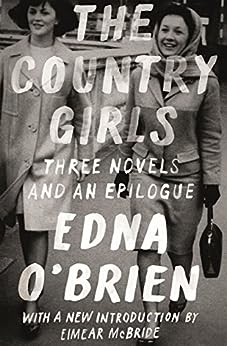 “We all leave one another. We die, we change – it’s mostly change – we outgrow our best friends; but even if I do leave you, I will have passed on to you something of myself; you will be a different person because of knowing me; it’s inescapable…”

I’ve been on and Edna O’Brien reading kick, first her memoir, Country Girl, and then the book above.  O’Brien’s depictions of life in Ireland after World War II, particularly life for girls and young women from the countryside.  At  times lyrical, hilarious, and even brutal, the three novels were an engrossing read.  I especially loved the way the novels followed the friendship between two main characters, whose paths diverged and converged over many years, as friendships often do. And I loved the way the quote above illustrates the truth of what happens with some of those we cross paths with through our lives, some deeply and some just tangentially – they leave a mark, they change us.